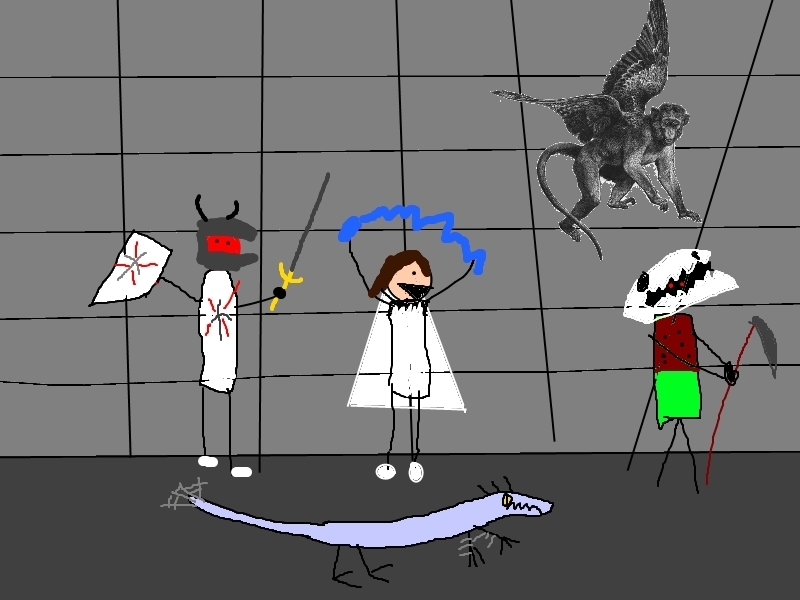 So Wase was upset about his armor having curses so Tane fixed it sort of. The party went about the dungeon castle to find that flag they needed. Poonisher lead. Eventually they heard some arguing behind a door. They listened at the door and it was some lady arguing with herself like Andy Circus. Poonisher opened the door after Wase was stopped by a lock. Behind the door was a mess of dead folk and the woman, who was a barbarian and had a sword and dark armor. She attacked the party. 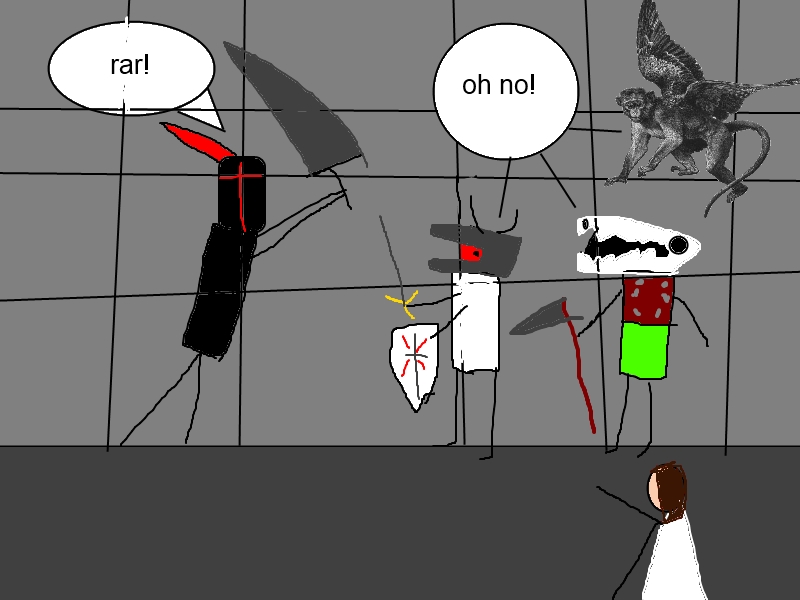 She was very difficult to hit, but then Bendak made a lot of snakes and Wase was a giant so she died. Next the party fought some other demons that made you insolent if you got near them. Wase and Hook were affected before Poonisher shot them all. The paladin and the raptor were thus made insolent for a time. 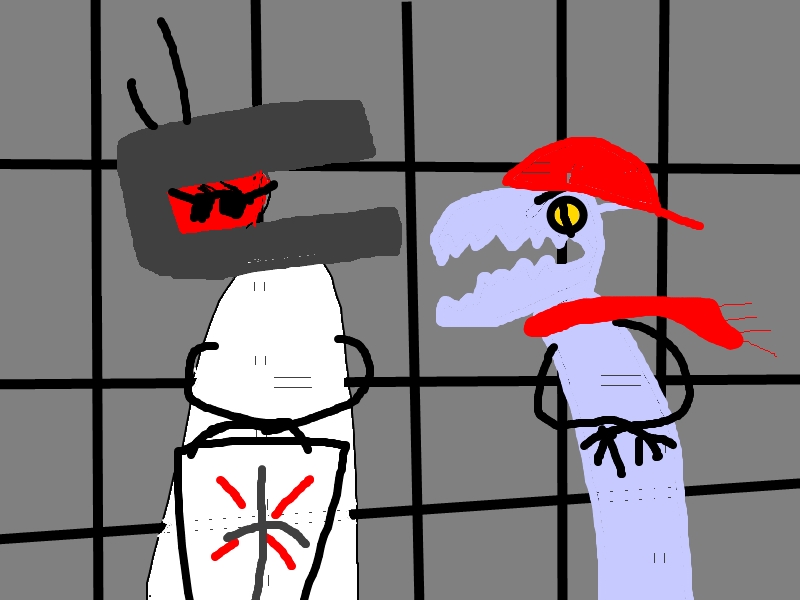 Eventually they got over it.

Nxet up was a jail cell that had a crazy old man who used to be a swashbuckling hero. His icy sword was nearby so he was given that. He wanted revenge because the demons killed his girlfriend. The party teamed up with him and killed some normal demons.

Eventually they found the officers room. There were some fiendish minotaurs there. The party decided to sleep before fighting them. 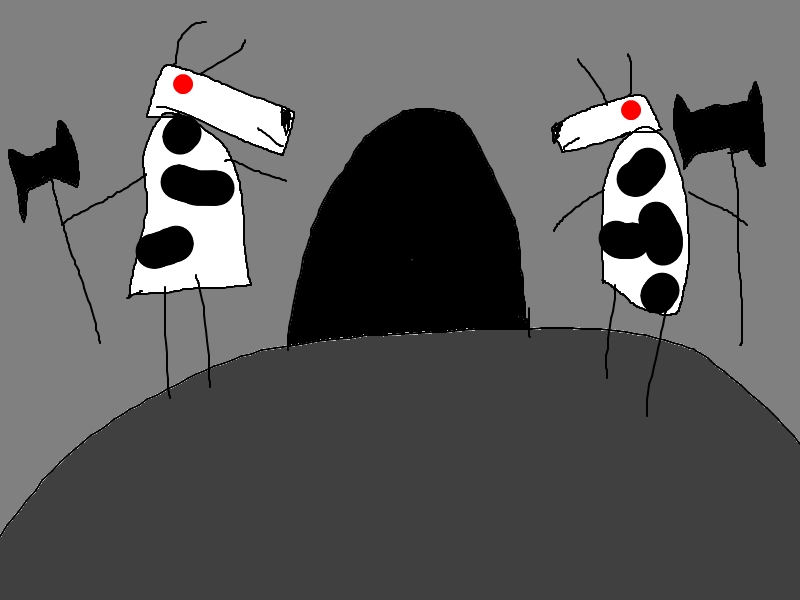