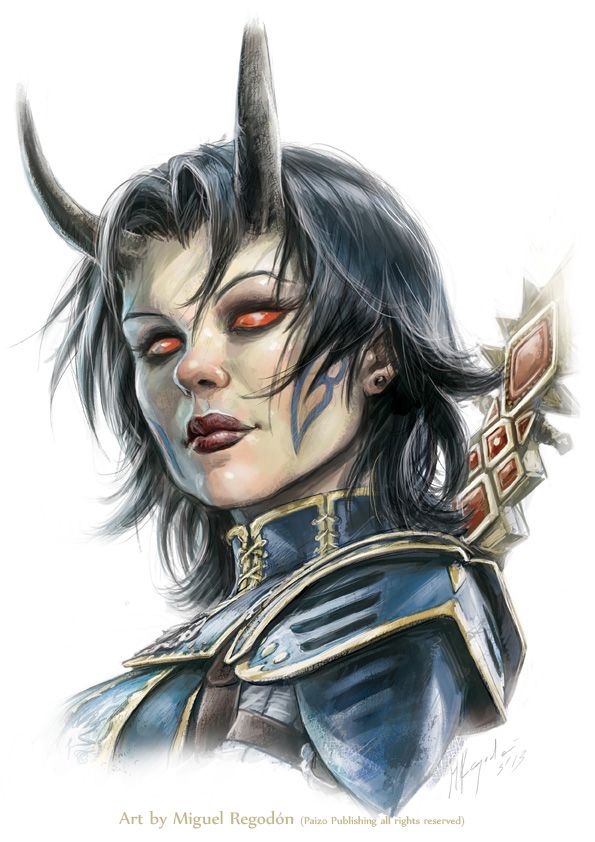 The party continued their exploration of the Baphomet cult’s hideout. A secret door was discovered and Poonisher began scouting the place out. At one point, he was ambushed by a smoke monster. He promptly crippled it with arrows and left it for the raptor to finish off. In the last chamber, the party confronted a summoner named Zanedra and her eidoleon Svennarobeth. 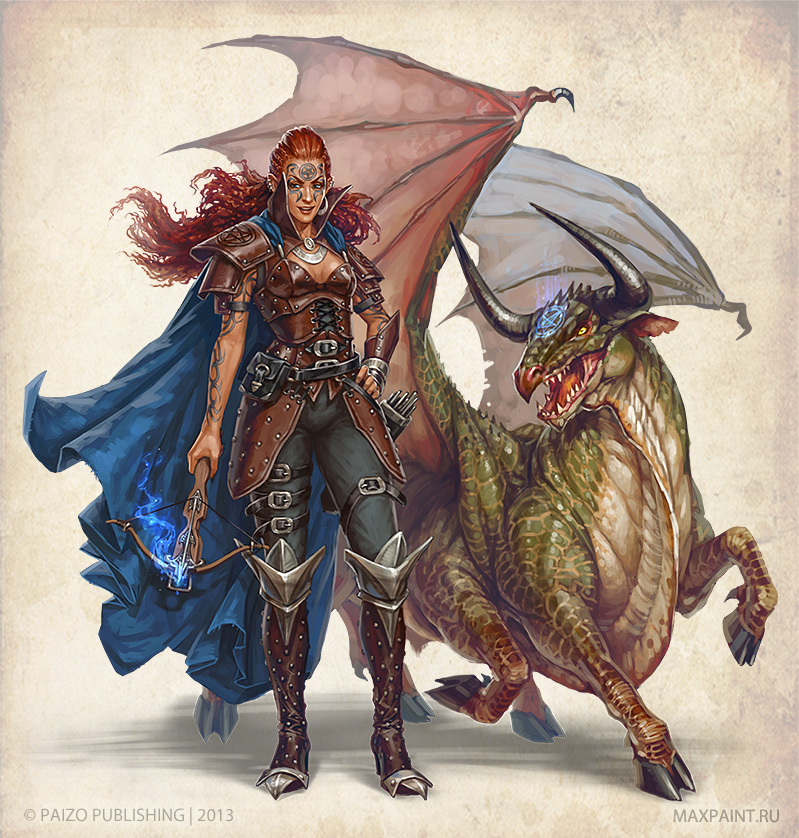 She didn’t manage to put up much of a fight. Poonisher’s knockout arrows disrupted her connection to her monster and thus sent it back to the Abyss. Zanedra managed to retreat with a teleport spell before the party could finish her off.

The party hoarded the loot and took the two day trip back home. When they arrived and entered Poonisher’s secret batcave, an unpleasant surprise awaited them. Zanedra’s mutilated corpse was lying on the floor. Gith began a psychic reading to try to understand what had happened and how the killer had pierced Poonisher’s defenses. Instead of his usual readings, Gith found a threatening message from some anonymous evil being. Or rather, not so anonymous. Piecing together bits of evidence from the message, Gith identified the speaker as the Worm that Walks he had seen in previous visions participating in the attack on Kenebraes. At any rate, nothing could be done then. After the corpse had been checked for valuables and disposed of, the party rested. Tane dreamed again of the succubus. She was asking for help. This time, she gave her location. She was with a holy artifact called of Bell of Mercy and under attack by other demons at a ruined fort.

The party decided to head out. Tane had several crafting projects to work on, so he purchased a cart that he could ride in as the party traveled. The journey took several days. Whenever Tane slept, the succubus would send him information about her attackers. Eventually, the party arrived at the fort. Poonisher did a quick flight around and saw that the place was teeming with evil. There was two drakeriders, three massive grubs, a toad demon and a scorpion demon, six barely visible will-o’-the-wisps, and a spider the size of an elephant.

The party spent quite a while planning out what to do about all the demons. Tane bolstered everyone’s defenses, and Bendak let everyone walk on air. Ultimately, Gith and Poonisher decided to use a special trick they had been saving. Tane turned Poonisher invisible, and he flew above the fort like a bomber with a large blanket tucked under his arm. When he dropped the blanket among the giant grubs, it unfurled to unleash fifty mindlessly aggressive skeletons, all with glowing runes upon the their foreheads. The skeletons swarmed about clawing at everything in sight. Every time a skeleton was struck down, it would explode on the slayer. That took care of the grubs. As the chaos created a distraction, Poonisher sniped the spider and killed it. The scorpion demon was the first of the villains to react to their new enemies. It flew over the party and began a maddening drone. However, the party resisted the effects. The demon was then pulled down and mauled to death by Bendak and Hook. The demon’s leader, an annis hag named Jaruunicka emerged just as the rebel succubus did. 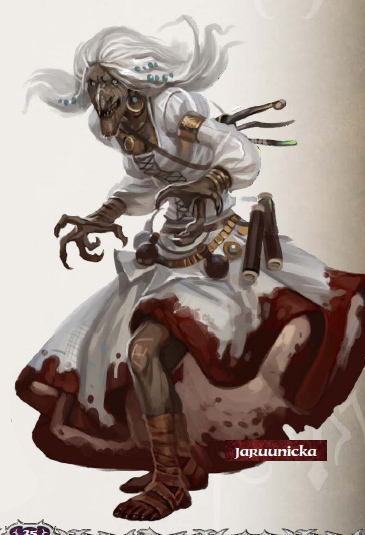 Gith killed one of the drake riders with his bow as his vrock skeleton began brawling with the toad demon. Jaruunicka began to taunt the heroes, only to be silenced by a flurry of throat arrows from nowhere. The surviving drakerider tried charging Hook, only to miss and also get ripped apart by the dinosaurs. The succubus finished off a pair of the grubs with her bow. The toad demon managed to defeat the vrock. However, the fight was effectively over at that point. The demons were broken and the party was still entirely unhurt. The remaining enemies were soon finished off. The vrock skeleton knitted itself back together. Gith read the dead hag’s corpse, and learned that she was hunting the succubus as a sort of bounty hunter for the late Staunton Vhane.

The party then approached the succubus for introductions and explanations. She said her name was Arueshalae. She claimed to be a former member of the demon armies who had been able to turn her back on their ways with the help of the goddess Desna. Now, she hoped to make the final leap to truly become good. One wishes she had better teachers than a pack of bloodsoaked psychopaths and eccentrics. Anyway, she gave the party their next target:the stronghold of the Baphomet cultists known as the Ivory Sanctum. Rescuing the succubus seemed to gain the party divine approval, as their powers grew.