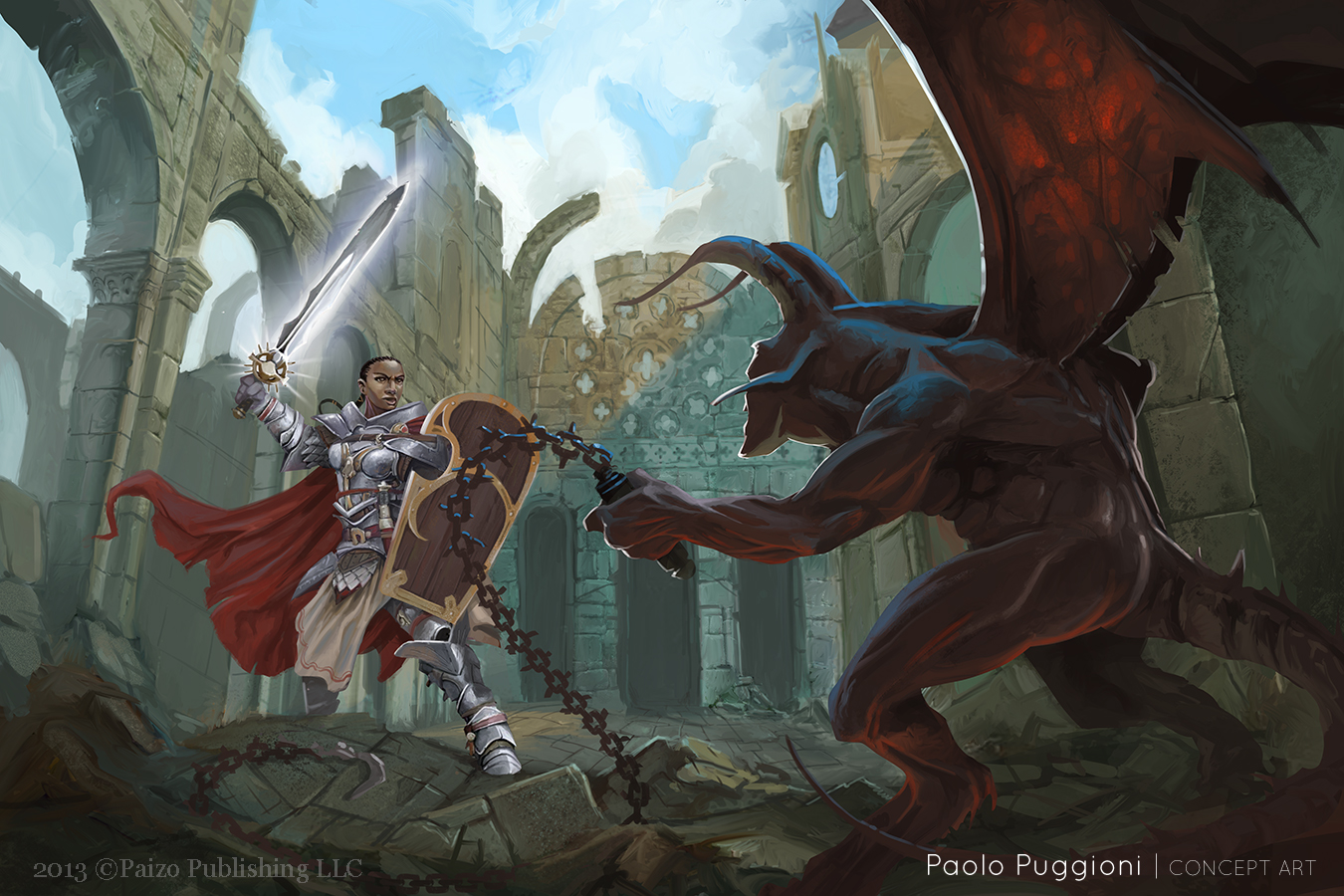 Wounded and drained, the party spent the night in the extradimensional space that Tane had created. Meanwhile, the Knights of Kenebraes started to wonder what had happened to them. The party slowly healed and recovered spells. Occasionally someone would peek out of the hole to see that the demons still awaited battle as soon as the party emerged. The party finally decided to strike. Bendak summoned a raptor as Tane carried out beneficial spells. Tane made everyone faster and warded them against evil. Poonisher he made invisible and Wase he made a giant, standing ten feet tall. The paladin was first to step out of the hole and vanished outside.

One by one the party exited the hole. Each fell into a spiked pit that the winged fiend had placed just underneath them. The party began climbing out. Poonisher of course simply flew out. Bendak fell in the pit human, but then transformed into an allosaurus. A pack of ghouls on the rooftop threw stones in the pit and fled. Remaining to face the party was the winged fiend, a half-demon/half-human inquisitor named Nulkineth and his two nabasu gluttony demon minions. 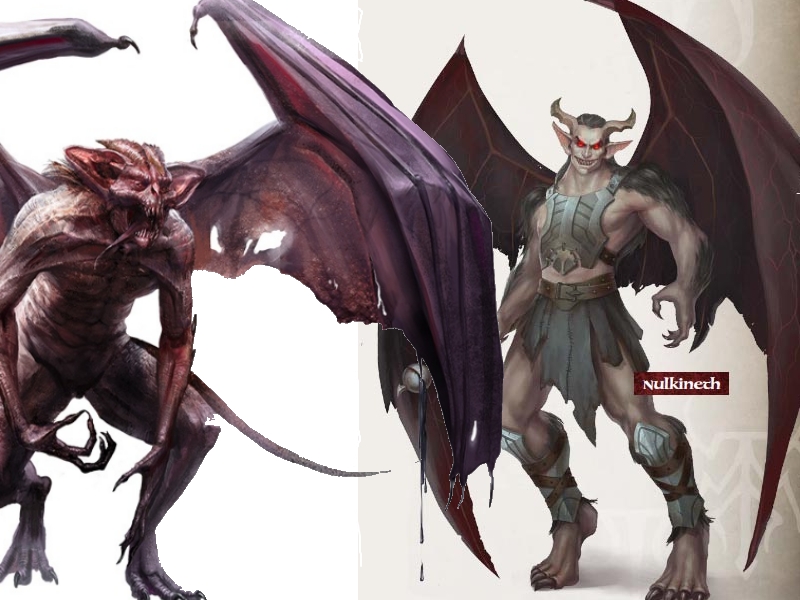 Bendak clambered out of the pit, and the summoned raptor climbed out atop him. Hook was unable to escape at the moment. Tane quickly climbed atop Bendak, noting that the party should acquire a saddle eventually. The sorcerer cast Glitterdust and Poonisher shot at their throats. Wase drew steel and attacked the demons. The fight started to go badly for our heroes when a nabasu paralyzed Tane and Poonisher with dark magic. The monkey plummented to earth. Tane slid off Bendak when the druid pounced on a demon that tried to fly away. A nabasu’s gaze gave Tane, Poonisher and the raptors terrible feelings of starvation. Nulkineth then used his unholy powers to Smite Wase and beat him unconscious. Only the dinosaurs remained standing. Bendak dipped his tail into the pit to retrieve Hook and revived Wase with a Cure spell. Wase then healed himself a bit more and rose up. Bendak used his mythic powers to protect Wase from Nulkineth’s attempt to finish the job and gave him an opening for a telling blow against the half-demon.

After much chaos and battle, the demons began to flee. I believe one nabasu had already been slain. Bendak shifted from an allosaurus into a pteranodon to serve as a mount for Wase. However, Tane gave Wase the ability to fly on his own and summoned a dire bat from heaven. The celestial bat chased down and killed Nulkineth as Poonisher shot arrows after them. Wase charged through the air alone after the last surviving demon. The demon’s turned and beat him within an inch of his life. The party focused their attacks though, and the demon began preparing to teleport away. The party tried their best, but Wase was only able to slice off a leg before the demon vanished. The ghouls were then casually mopped up.

Wase felt the need to reconsecrate the chapel. It took a full 24 hours, and Poo reported back to the army during this time. After the task was complete, Radiance grew a bit more powerful. After that the holy army moved on. The party made it to within three miles of Drezen and then encountered a major obstacle. A gorge split the land and was swarming with oversized abyssal bugs. Aron, the scout the party had brought along, said that the army couldn’t fight their way through. However, he suspected that there might be a queen. If the party could slay the queen, they might able to get past the swarms.

Poonisher scouted ahead and found a hole that lead into the lair. The walls felt organic and were coated with some sort of mucus. The party carefully descended into the pit with the cloud and flight. Bendak turned into a raptor. Wase felt something invisible poke his butt. He checked his pants but found no evidence of what could have done it. He tried detecting evil and sensed an omnipresent darkness that made any specific detection impossible. The party began creeping through the tunnels. Demonic grubs squirmed over the floor. To avoid an attack, the party needed to stay absolutely quiet. After several tense minutes, a beetle carapace crunched under Hook’s foot. The hive stirred to life as the party drew weapons.