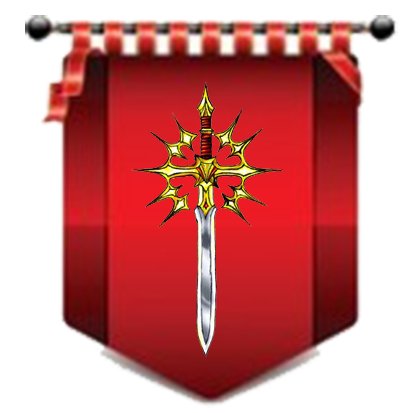 After slaying the vampire, the party interviewed his victim. The nearly drained man was a crusader named Idrian Vosner. Unfortunately, he knew little of value. The party helped him escape the citadel before continuing on their merry warpath. With the vampires gone, there was nothing standing between the party and the Corruption Forge. It was a place where holy relics were fouled. Bendak’s sentient mask was particularly offended by the place. The Forge was a shadowy and industrial place, with movement between various pulley elevators being needed for most. Bendak cast a spell to let everyone walk on air however, nullifying that. Tane also cast Resist Fire on everyone. Swoop and Fee of course didn’t need any help.

Four evil snake-man salamanders were manning the forge. Their spears did little to protect them from a rain of monkey arrows and dinosaurs. 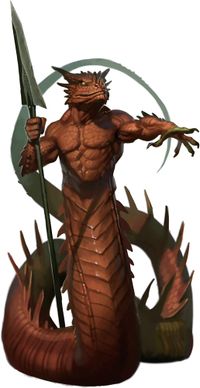 Tane looked at the Forge and knew that it could later be turned to reverse its purpose and serve good. That would have to be done later. A secret door was opened and the raid continued. The door lead to a blasphemous shrine to the demon lord Deskari. Murals depicted him striking down various good deities. What seemed to be the Sword of Valor banner stood prominently displayed in an iron frame. Wase marched up and grabbed at it. His hand phased through the illusion, and the room’s trap was activated. Five cursed were revealed, and five illusions struck Wase, and attempted to reveal five of his greatest fears. These fears would strike so deeply as to warp the soul of anyone. However, a paladin knows no fear. Wase simply endured, and the curses faded.

The next room was a walkway around a shadowy pit. A statue of the four-armed marilith general Aponavicius stood on a raised pillar out of the pit. There were telekinesis traps to push the unwary into the pit, but the Air Walk spell made that irrelevant. Past the traps was an important looking door. Poonisher silently opened it and peeked in. Inside he saw many crystals decoracted the walls of a chamber. In the middle was a marble slab with a red banner tossed across it. On the banner sat Aron, the Knights of Kenabraes’ scout. He had disappeared some time ago, and had somehow found his way here.

A black, smoky demon came out of him and went into Poonisher while nobody could see him. At the same time, the room became pitch black. Under the demon’s influence, Poonisher turned and told the party that everything was fine before blasting them with a dark fireball. Everyone dodged and took minimal injuries. Bendak summoned an anklyosaurus to club Poonisher into submission, with hasty warning to leave him alive. The possessed vigilante ducked the club as it cracked the door just behind him. Before he could rise and let loose his arrows, Tane cast a Protection From Evil over the whole party. Since the demon was unable to control Poonisher’s body through the warding, he fell into the pit with the demon inside him.

With a nasty sound, Poonisher landed in a sticky mass of flesh eating green slime. Wase flew down to get him out. Even after he was removed from the pit, the slime stuck to Poonisher and continued devouring him. Bendak burned it off with a weak fire spell just in time. Thankfully, Wase didn’t hesitate to believe the floating raptor demanding that the paladin’s friend be immediately set on fire. Tane then used a powerful spell to drive the demon out of Poonisher. The smoke trail went back into its room. After Poonisher was healed, the party marched into the dark for the next round.

Wase was attacked first since he lead the way, since the demon had gone into Aron again. Again, Tane drove him out. With Tane’s wards protecting everyone from possession, the demon was forced to fight in its true form. Tane dispelled the darkness, exposing the shadow demon. 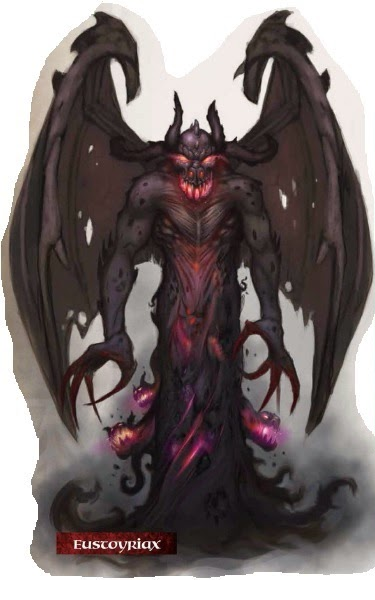 For quite a while Wase dueled the demon as Bendak and Hook slashed ineffectually at the shadows while Tane and Poonisher contributed spells and arrows. Poonisher decided to take a gamble, and fired a rare demon-slaying arrow. The arrow struck true and annihilated Eustoyriax, the mythic shadow demon. The banner on the slab was found to be the true Sword of Valor. With their goal achieved, the party easily finished off the remaining threats. A dark portal opened as they worked, but for once it wasn’t a new threat. Gith-Fa-Rha-Ha the elf occultist had returned to lend a necromantic hand. Wase felt that it might be best if he went off and helped more directly with the rebuilding of Drezen for the time being.

With the fall of the Citadel and the recovery of the Sword of Valor, Drezen was reclaimed. As the party returned to their camp, a magic message informed them that Queen Galfrey would soon arrive to see their handiwork.