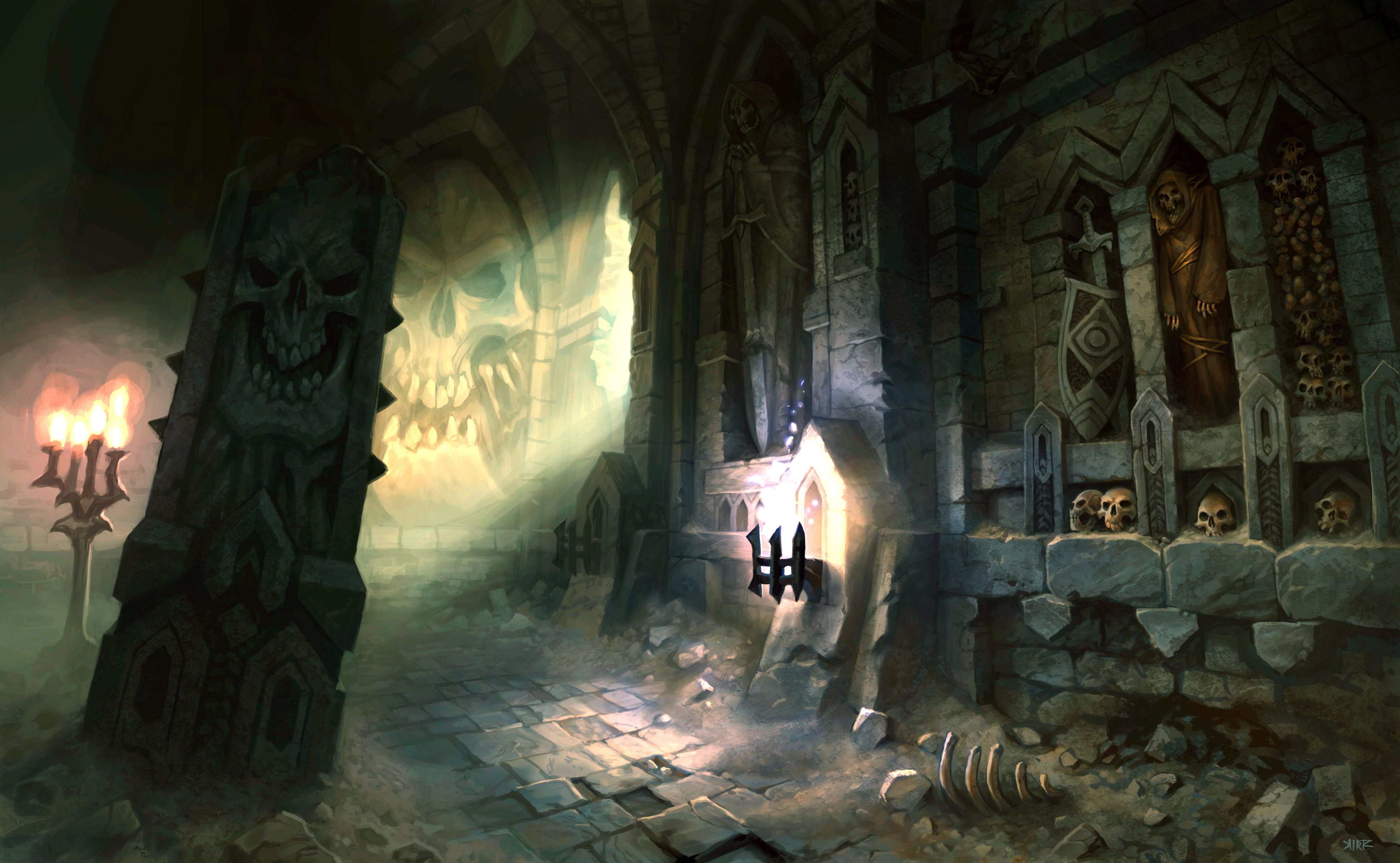 The party took the succubus back to Drezen with them. The crusaders were deeply suspicious of her, but she had the backing of the party. With all of them vouching for her, she was allowed to remain un-smited for now. After the party had spent a bit of time resting and crafting (and Gith and Poonisher had time to set up another “skelliebomb”), Arueshalae recommended that the party go after the Ivory Sanctum. To recap, it was a major stronghold of Baphomet cultists. Bendak asked her to simply teleport the party there. Arueshalae explained that many of her powers no longer functioned as a consequence of her rebellion. The party would have to walk.

Though this was true, Arueshalae still appreciated the trip. She went out of her way to spend some time with Tane in particular. She admired the good yet free spirit she could sense in him. It was much like what she hoped to achieve for herself one day. As for the others, Bendak was friendly enough but a bit of a dull conversationalist. One can only talk about dinosaurs for so long before hoping for a serendipitous meteor. It was probably best for the succubus’s spiritual and mental health if she didn’t talk to or think about Gith and Poonisher too much.

The party stumbled across a pack of basilisks on the way to the Sanctum. 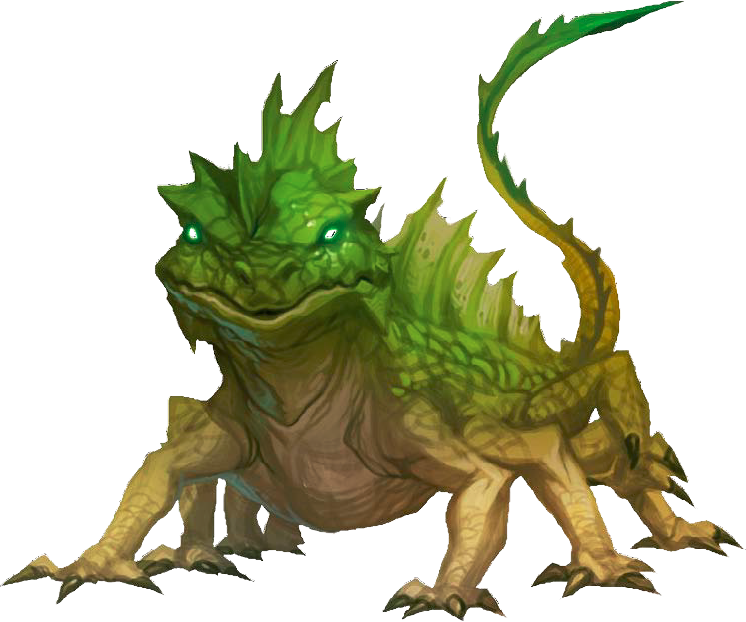 Bendak tried to avoid the fight by communicating with the beasts, but Arueshalae fired a shot when it looked like the plan wasn’t going to work. After a brief exchange of arrows and deadly gazes Poonisher, Gith, and Arueshalae wiped out most of the creatures. Bendak was able to save one by knocking it unconscious before it could be shot. Also Tane was turned to stone by a basilisk’s gaze. Poonisher cured him fairly quickly by slicing open a basilisk and dumping its blood all over Tane. Hopefully, Poonisher knew that was the solution before making the decision to do it.

When the party made it to the mountain where the Sanctum was located the entrance was hidden. Tane soon found it by wandering around scanning the rocks for magic. When he found an illusion spell, he dispelled it and there was the entrance. A large magic portcullis was revealed. Behind it was four half-fiend minotaurs standing guard. 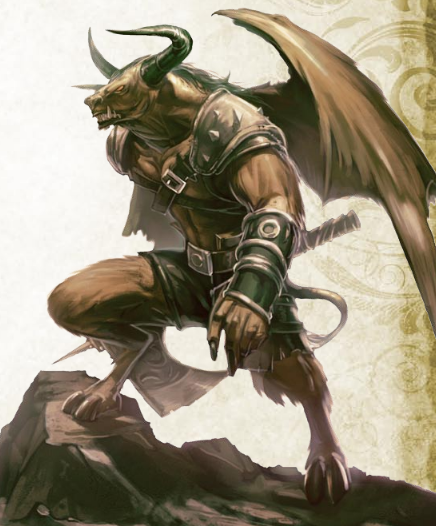 The party spent a long time preparing for battle with the guards and then Poonisher shot them all in their throats. Gith fiddled with the magic of the door until it opened. Bendak switched to raptor form and the party entered the dungeon. Poonisher scouted ahead. Strangely, when he passed a statue of Baphomet he was unable to become invisible anymore. Thankfully he hadn’t let his mundane stealth skills fade. A pair of Kalavakus demons blocked the way. 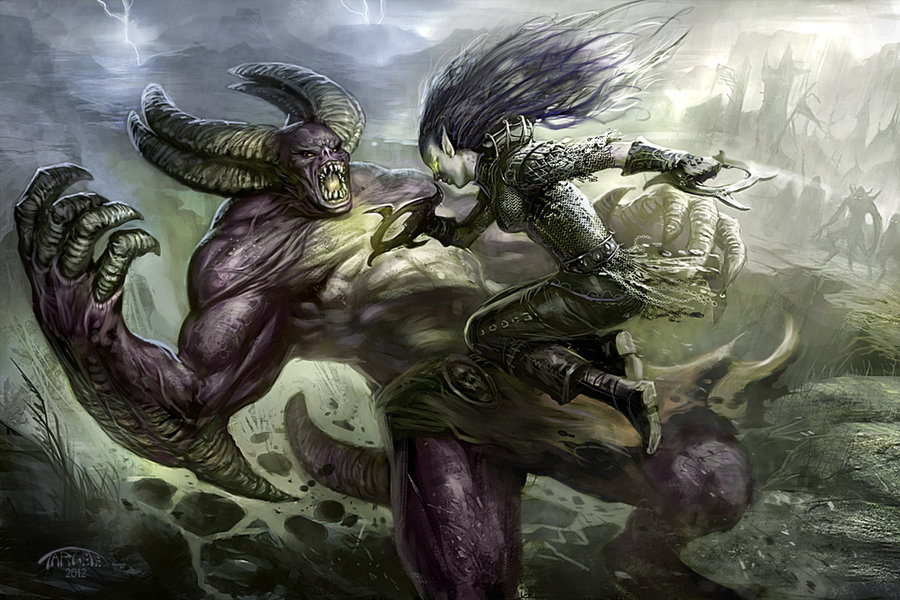 Gith and Poonisher dispatched them. The party next found a room where demon summonings would be performed and items were being stored. Gith did some psychic readings and saw a vision of a elf woman in green using this room. There was also a powerful magic book of exercise that the occultist took. Studying it would bolster his constitution. Next there was a room full of knight-cultists practicing with their weapons. The practice didn’t help. Poonisher began collecting ears. Arueshalae was a bit tempted to take some notes on his technique but was discouraged by the rest of the party.

The next room was a library. Some cultists were studying there. The party decided to keep one alive in the hopes that showing mercy would be good for Arueshalae. Of course, as soon as she was out of the room Poonisher stayed behind to…ensure that he wouldn’t escape.

For the next room, Bendak took a turn on point. Bendak kicked the door down after fumbling with the knob. On the other side was a coloxus fly demon with two cultist guards. 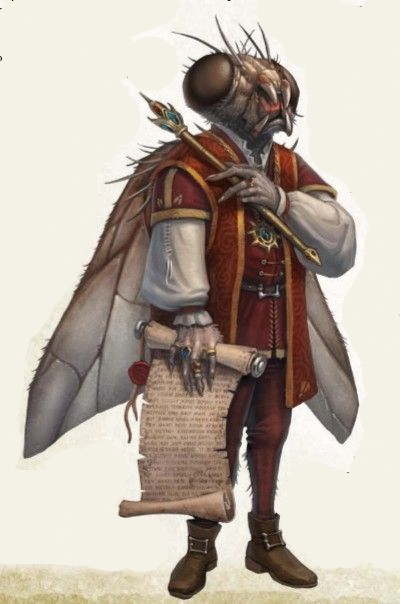 Hook pounced on and killed a guard as Bendak summoned an ankylosaurus to whap the demon over the head and stun her. Then the archers went to work and the opposition was mulch. The demon clung to life long enough to start suggesting a bargin but was immediately finished off by Poonisher. The demon had been working on documents related to various evil plots. Tane easily detected and defused Explosive Runes spells among the papers and gathered them up to bring back later.

Poonisher cleared out another room full of mages by shooting them all in the throat. Then the party rested for an hour to regain spells. The next thing the group encountered was a webbed-up room with what seemed to be trapped victims at the top. Bendak summoned some spiders to climb up and rescue them, but the “victims” turned out to be the monstrous spiders themselves. 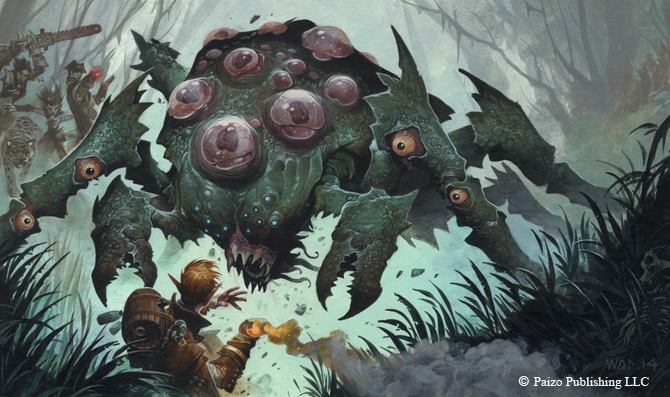 A rare sight in this world, the things were called Neh-Thalggus, or brain collectors. The aliens attacked Bendak’s spiders and destroyed one before Bendak sent them away and retaliated with a blast of holy flames. The brain collectors fired off a salvo from confusion wands to no effect before the archers got them. Behind the webbed chamber was a lab where the creatures would perform horrific experiments on captives. They were trying to find a way to bind mortals so that they could be used as summoned creatures. Gith considered the theory interesting but the premise flawed.

The party traveled on through a few more chambers. Another pair of minotaurs got their throats shot. Finally they came to a large bedroom. The elements of luxury seemed incongruous with the bloodstained torture equipment occupying the space. The woman in green that Gith had seen earlier lounged on the bed with the mutilated remains of a cultist. She greeted the party by their names. She started to offer to grant a wish but never got to finish the sentence because Poonisher shot her in the throat. With a shrug, she assumed her real form as a massive glabzeru demon, 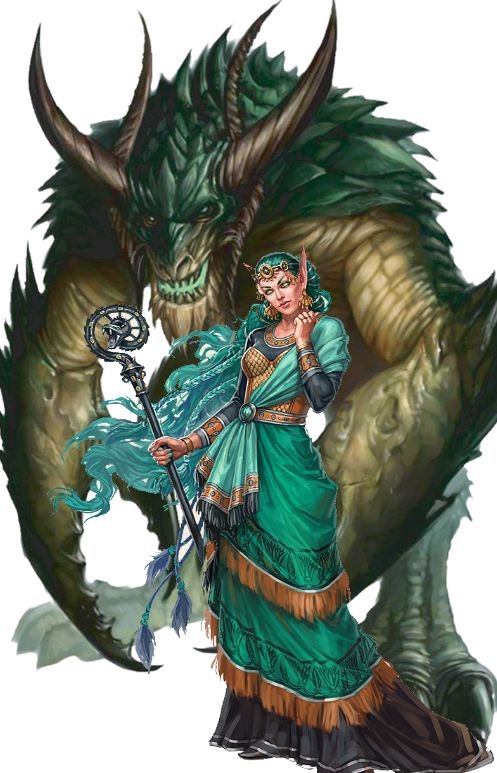 She possessed tremendous power and actually survived the initial archer barrage and dinosaur charge. However, the situation was still untenable and she teleported away. The party then spent eight hours resting and decoding information about the Baphomet cult’s secret signs and signals. There was also a letter there that the woman in green, apparently named Jerribeth, had been writing to someone named Hepzamirah discussing the now dead brain collectors and Nahyndrian elixir.

Dealing with the devils