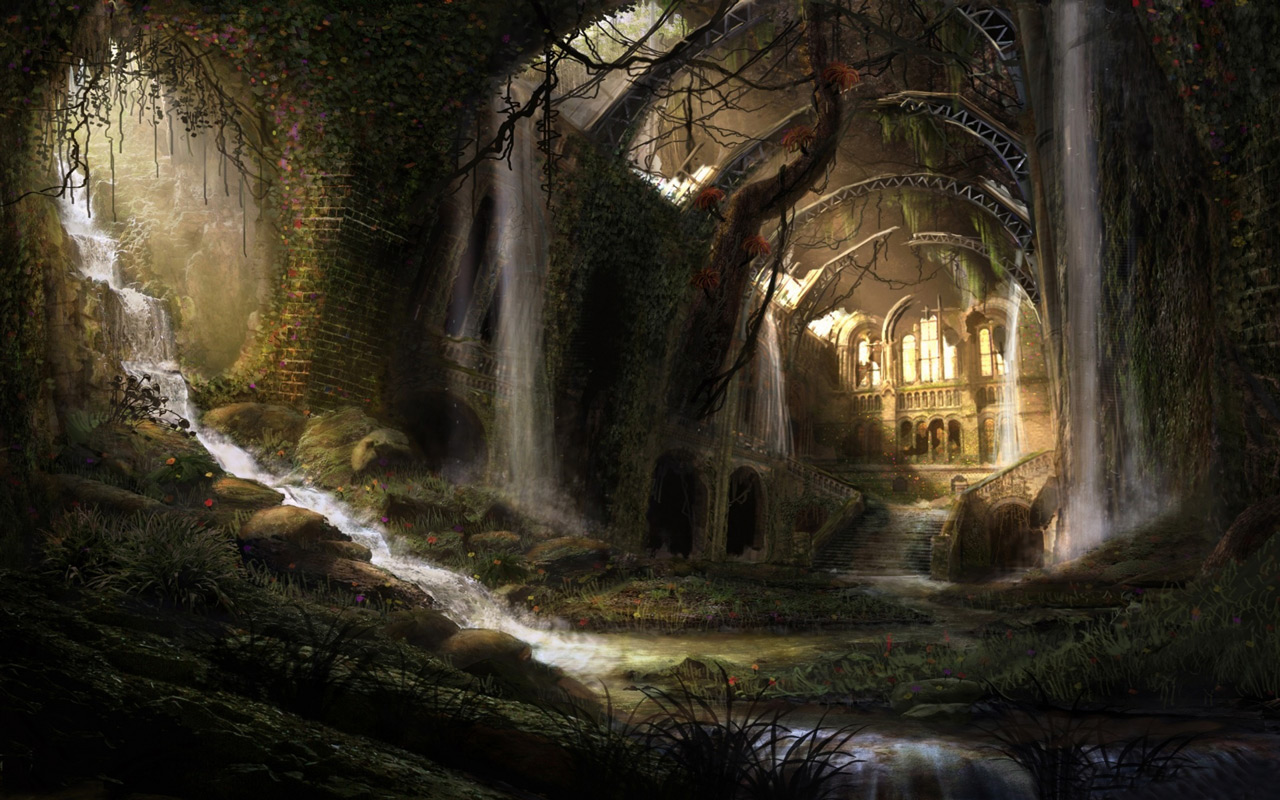 The group rested in the library for the night. Soon the scholars turned to discussing rumors. Among them were these:

“The Eagle Watch and a few other crusading groups survived the attack, and have set up a fortified camp at Defender’s Heart.”

“The demon plague has come to Kenabres. We’ll all be dead of it within a week! "

Tane heard their talk and asked “Demon plague? What do you mean? Are humanoids changing or otherwise
acting differently? Who do you know that’s been affected? How has
that person changed? Stiff drinks can cure hysteria, you should have
one after you answer all my questions. What have been happening in
the city for the past few days?”

The whale oil soaked librarian that mentioned ‘demon plague’ responded, “We are being punished for our rebellion. The city is undone—look around! Have you not eyes to see demons and the possessed ransacking our once great city? What do you think possessed the mad paladin to burn us alive—surely a man in control of his own faculties would not do such a thing! Since the great flash and all was shaking and torn apart, powerful magics reverberated throughout the city and great winged demons were seen turning above the city casting great shadows. When the shaking and crashing din subsided it was replaced with nothing but the cries of the dying and the never ending laughter and mocking of the demons themselves—spreading the demon plague wherever they went. Perhaps even you are infected…” She then broke down sobbing quietly.

The next morning, the survivors began moving out to the next closest target, the cultist safehouse at Nyserian Manor. Arava the wizard chose to stay behind with the librarians. Nyserian Manor was found to be nothing but a crater. Despite Bendak’s extremely thorough search, the group found nothing. Nearby, the group heard two figures moving around in a shop and breaking things. The paladin approached and called out to them. The wrecker demons within responded violently. 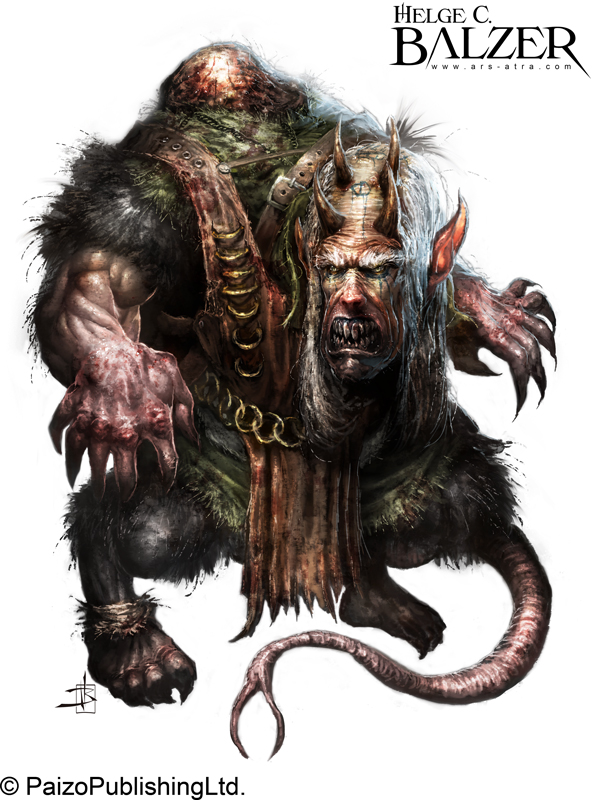 The wrecker demons had been trashing a clothier’s shop in their need to compensate for their ugliness by destroying beauty. Wase approached and drew his sword as Tane greased the floor, dropping a demon to the floor. Hook leapt in through a window, loudly trilling at the chance to kill demons. The standing demon was momentarily overcome by Gith’s psychic powers and took a swing at the other with a chair. The demons then quickly looked their assailants over to see which was the most charismatic, in order to ruin them first. They decided it was the demonic knight, narrowly beating the velociraptor. If she could care about such things, Hook would have been just happy to be nominated. Tane began helping as Wase held off the demons. A demon fell to the raptor’s claws, but Wase took the brunt of the attacks and was struggling against the survivor. Bendak made it to the fight though, and magically bolstered Wase, keeping him alive long enough to decapitate the last wrecker demon.

After the chaos had ended, the survivors heard quiet whispers nearby from a closed off back room. After some coaxing, the owner of the shop and his wife emerged. They were extremely thankful to the group for saving their lives and offered to let them take their choice of outfits from the surviving stock. Before leaving, Bendak conjured up water to refill their supply and Tane magically repaired a wedding dress out of kindness. While there, the group picked up a rumor that the local Salen river had been poisoned.

Next up was Querm’s mansion. Bizarrely, his home was nearly untouched by the cataclysm. Querm did not appreciate his suspiciously good fortune at all, as his household servants and guards had all fled, taking his valuables with them. Querm’s hidden treasure and panic room was fine, however. He was true to his word, and paid the group 2000 gold coins before locking himself in to wait out the disaster. None were really upset about continuing without him. Gith object read and Swoop flew around to inspect the damage, but found nothing important. Tane suspected that the house had been spared because Querm’s mistreated servants had fled immediately, thus leaving nobody in the estate to kill. Still, Gith peed on Querm’s nicest carpet before leaving.

At this point, Anevia insisted that the group go and check if her wife was still alive. On the way, Swoop was circling above and saw three knights forcefully dragging a woman to an altar of the good deity Sarenrae. He told Bendak, who repeated it to the group. They rushed off to the rescue. As they approached, one knight told the captive that her sacrifice would aid the cause of good. Wase turned the corner, sword in hand, and demanded to know how that could be. He also added that the city could use some good in this dark time. The crusaders prepared for battle and drew swords at him. Gith summoned his skeletal ancestor before sneaking up on a knight and calling out “Boo!”. The fallen warrior was gripped by mentally pushed terror and fled as fast as he could manage through the rubble. The battle had begun, and Wase, the skeleton, Hook, and Bendak entered the battle. Bendak hesitated a moment, and his legs warped into a more reptilian form to spring through the rubble. Tane greased a knight, tripping him up. Wase began dueling another knight as Gith and the skeleton left one dying in the dust by their hostage. As Wase fought, he looked into his opponent’s souls and was surprised to see that evil had not truly gripped them yet.

In the meantime, the fleeing crusader dodged raptor claws and a sudden stormcloud for a moment, but was soon brought to his knees by the dinosaur as Bendak joined against Wase’s opponent. Wase called out that the knights weren’t evil, so Bendak called off Hook and aimed a disabling scythe blow at his own target. To his own horror, he swung too hard and bisected him. The remaining knight continued to fight in his madness, cutting the raptor. A lethal arrow from Gith put a stop to that. Wase rushed to the fallen knight by the hostage and used his powers to save his life, hoping to redeem him. Sadly, the knight was too far gone. Gripping his sword, he took a desperate slash at the hostage, nearly slaying her in one blow. Fortunately Gith reacted immediately. The skeleton crushed the knight’s skull open against the ground as Gith gave the hostage a lifesaving potion. Reviving, she introduced herself as Klara.

Klara lead the survivors to her family’s hiding place a very short distance away, containing her mother and crippled father. They were furious with the paladin, but accommodating to the others. The druid refilled their water supply as they related the rumors they had heard. They had heard reports that multiple cults were active in the city and that both a terrible witch and the heroic Mendevian army were on their way to Kenebraes.

Just before reaching her house, Anevia told the others her wife was a half-orc paladin named Irabeth. They lived in a small house. Anevia would have preferred larger, but Irabeth insisted on donating most of their money to the less fortunate. On arrival, the house seemed abandoned. Gith did not read anything from the door, but Tane saw a momentary flash of magic that he identified as an alarm spell. Bendak asked her, and Anevia confirmed that wasn’t normal before rushing in. The survivors began carefully exploring the home. Suddenly, Anevia was attacked by a fiendish pony. It was quickly killed by the raptor and skeleton. The survivors looked for the presumable summoner, but found nothing before a second pony rushed out, only to be killed again. Bendak ordered the raptor to hunt down the summoner, who burst from invisibility as soon as the dinosaur sniffed the air. He was an armored half-orc sorcerer. 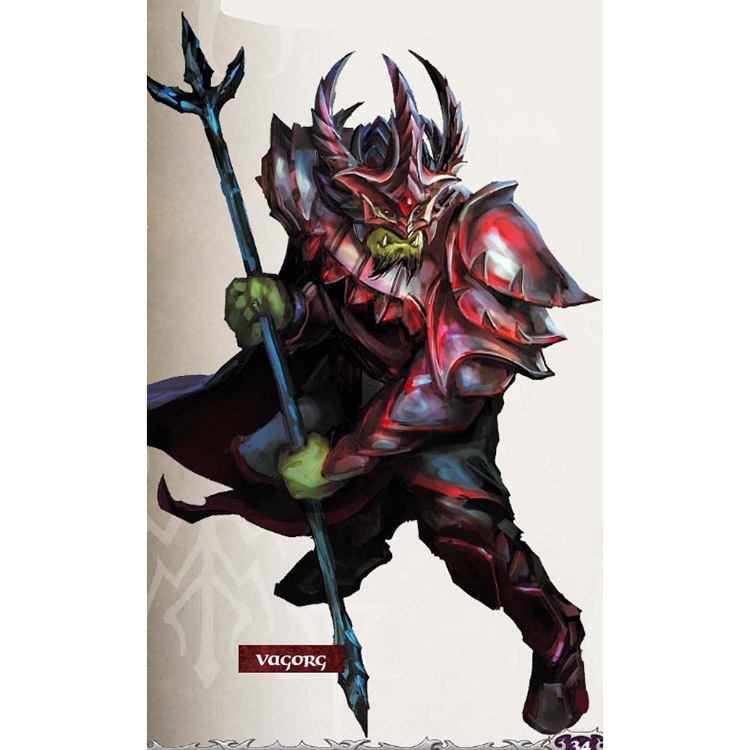 The half-orc screamed that he would leave Anevia’s corpse on the bed for Irabeth to find before her death and impaled her on his wicked spear, leaving her bleeding out on the floor of her home. He tried to finish her, but was overwhelmed by her friends, cornered against a wall, and slaughtered. After Anevia was revived with a potion found in her house. Further searching found a note from Irabeth, saying that she had gone to Defender’s Heart to lead the other holy warriors. In retrospect, it seemed kind of obvious. It also said that the password was Silverstrong. Anevia also identified the half-orc as Vagorg. He was a criminal who had been captured by Irabeth a year ago and had spent the interim plotting his vengance. The survivors rested in Anevia’s home overnight and then went on to Defender’s Heart.

After a triggerhappy guard almost landed a crossbow bolt in someone, the group made it in with the password. Anevia reunited with Irabeth, who later interviewed the others. She said that the wardstone barrier was at its weakest point ever and attacks were occurring all along the border. On the bright side, the barrier was still up. For their part, the survivors told her everything that had happened since they fell, leaving nothing out. Irabeth was happy to hear of the mongrelman alliance, though she called them by a politer name. She said that she considered the Ivory Labyrinth the greatest threat among the cultists and asked the group to finish hunting down their remaining two safehouses from the note. In exchange she gave free food and board. Gith also got her to send a rescue mission for Klara and her family. It was done, though a few crusaders fell in the act. The party bought a couple of wands, including a wand of healing, and moved out to the closer safehouse.

On the way, they came across a horrible sight. With corpses scattered about, four peasants with ill-fitting armor and weapons were being forced to fight to the death for a pair of quasit demons. 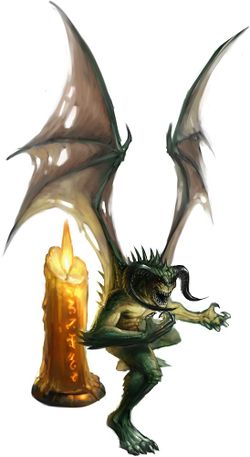 The demons tried to fly away, turn invisible, and escape to kill again. A giant spider summoned by Bendak stopped them with webs, cutting off their escape. Despite the demons trying their best to scare off the group, they were destroyed as the peasants fled. Even Tane got in on it, killing one with a wand of magic missiles.

The light of day